Saltaire is one of my favourite towns where i keep returning through the years. Near Shipley in Yorkshire it was once part of the industrial revolution that brought textile industry to the area. Titus Salt created a model village for his workers in the 1850s and Salts Mill opened in 1853 - this is now the name of the gallery in the same space which is a showcase of David Hockney's work through his life - there are etchings and photographs and opera sets and faxed pieces and paintings and videos and digital paintings (created in photoshop or ipad). The building also houses a bookshop and a dinner, florist, kitchen shop, antique shop and restaurant.
Below some drawings of the exhibition space on the third floor and views from the restaurant. 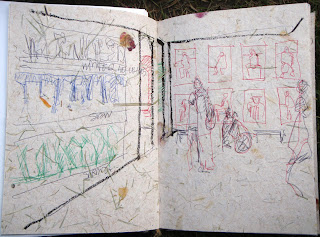 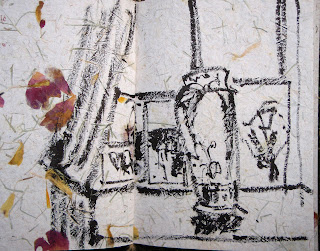 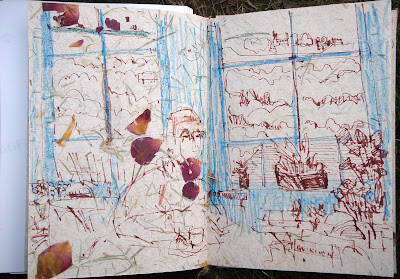 This year I walked around in the park and got some distant views - this one combines the bandstand, dome of the church and sculpture of Titus salt. The bandstand is pink! 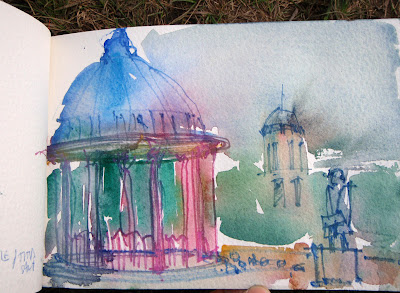 And I discovered the New Mill just next to Salts Mill which has a very attractive tower. Along the canal one gets the force of the towering buildings.

We also visited Leeds where there is a new cafe in the old Library which is decorated all with tiles of various colours - mainly green. 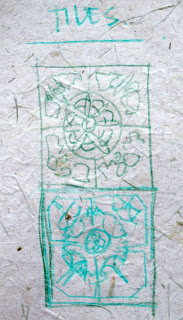 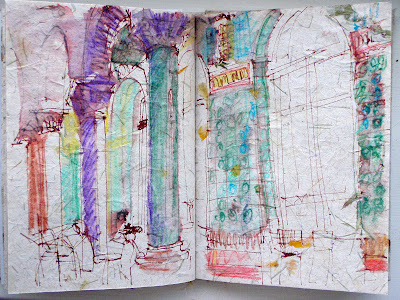 At my friends house she had some amazing dried alliums so i could not resist them. 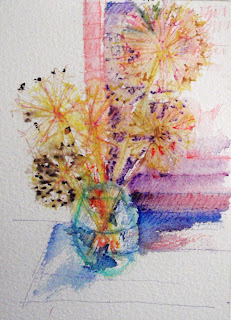 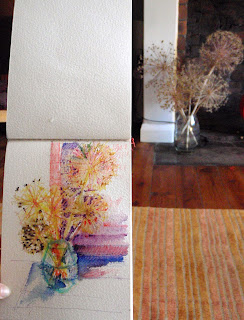 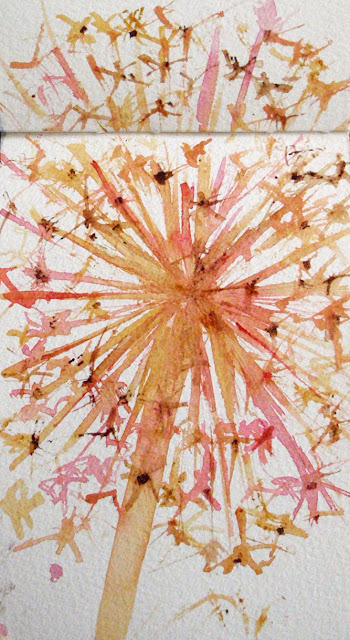 Finally we visited the North of Spain, after many years thinking about it - we decided to draw a triangle - from Segovia to Coruna and Santiago - Galicia has plenty of windmills and some lovely lonely beaches , then Asturias (Aviles, Gijon, Picos de Europa - where we did a 15km walk), Santillana del Mar in Cantabria - visited the reproduction of Altamira caves - and then Bilbao (the Guggenheim has transformed it) and La Rioja - with a very interesting little church in La Guardia - painted stone portico (as Santiago would have been) but in good condition as it is protected from rain and wind. Santo Domingo de La Calzada - a non stop stream of pilgrims to Santiago - and Burgos with a very modern Evolution Museum that exhibits rest of the local Homo Antecesor species a mere 1million years old.And back to Segovia.
I am a little glad to resume the routine and not sleep in a different town each day. Despite the rain and autumn feeling spreading over Newbury.
Below some sketches done along the way:
Galicia - Windmills 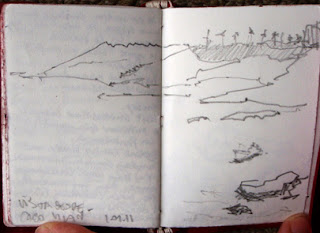 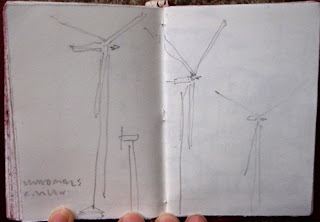 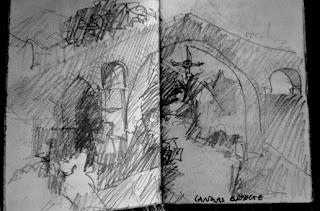 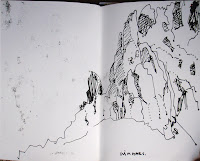 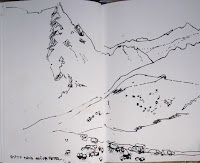 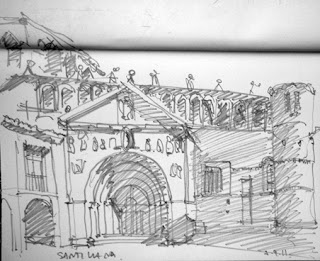 Bilbao - Guggenheim - inside (pencil) - it is a very complex building and difficult to sketch - people give and idea of scale - especially liked the Richard Serra sculptures which are simple and playful and explore spacial relationships.
outside - two watercolours - interesting to capture the light that changes the building (reflections and shades) all the time. 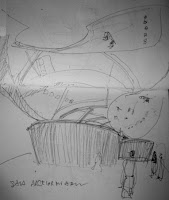 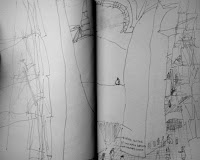 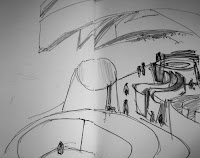 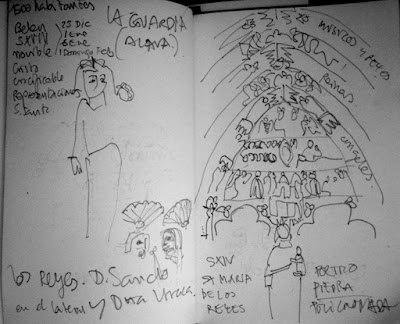 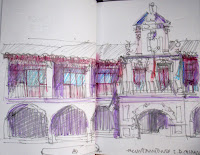