Last night there was this amazing parade by the Spanish group Sarruga in Newbury to mark the Newbury Comedy Festival - it was free and packed with people - swarming the streets - perhaps 2000.
I tried to  do a few sketches on the move, difficult but good fun.
The machines were massive and heavy pedal cars human powered by the Sarruga people and a few local helpers with some steering from the back. The insects towered over everybody splattering around and interacting with the public both at street level and on the upper storeys of buildings - specially the praying mantis.
Very impressive all around. 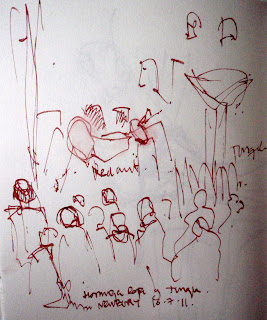 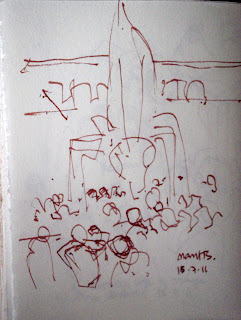 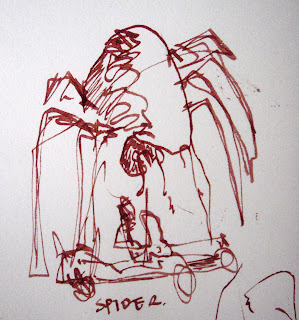 Posted by isacarmona-sketches.blogspot.com at Sunday, July 17, 2011